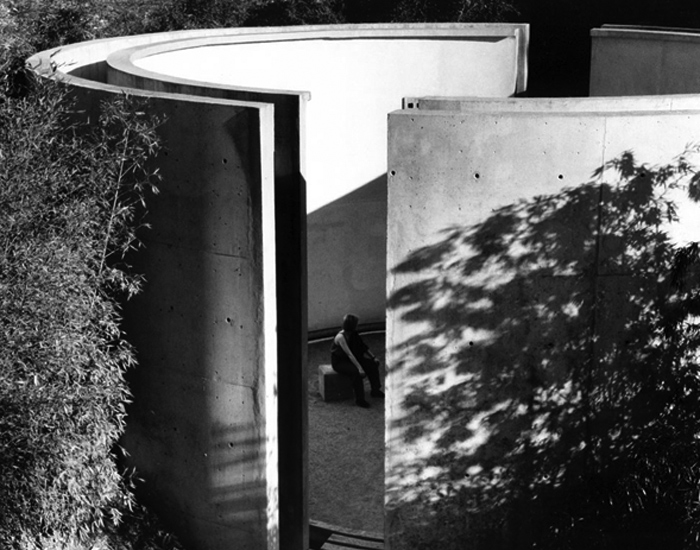 LE CYLINDRE SONORE is embedded in a bamboo garden, a valley-like, sunken landscape in the Parisian Parc de la Villette. A sound architecture commissioned and implemented as piece of public art, as intervention artistique, for the Section IV of the park. The upper end of the double cylinder is at the same level as the bordering allees. Coming from the park, one descends a long stairway into the sound space before actually entering the garden. On leaving it, one once again walks through the sound space before one ascends to the park situated on a higher level. The sound that can be heard from the outside attracts the passersby, inviting them to stop and focus on the static and stationary form. A closed architecture, only covered by the open sky, intended as a conscious delimitation from the spatious park. A cylindric space that allows a concentrated listening of the place, a contemplative rediscovery of oneself in transcendence of the place.

The inner diameter of the double cylinder is 10m, the height 5m. Behind the eight perforated concrete elements three loudspeakers have been mounted vertically like a column. The circular space between the two curved walls is a functional space for the maintenance of the loudspeakers. It provides access to the control room under the ground. The ring is, however, first and foremost a resonsance chamber, which consolidates the sound by means of weight and tension of the curved surfaces.

From each concrete element, water forms narrow rivulets into the basin which encloses the ground of the cylinder space like an island. The hushing sound distracts from the sounds of the urban environment, neutralizing the space. The rivulets acoustically tune the inner space. They are a prerequisite for the acoustic sensors and cells, ears, skin, the body and the brain being able to listen in a concentrated way.

Sound spaces are constructed, developed, varied in the CYLINDRE SONORE between the sound columns behind the eight perforated concrete elements, i.e., between 24 loudspeakers. These are temporal spaces. Statically drifting, room-filling sound-tissue; circular supporting sound lines tracing the shape of the architectural instrument; prickling, high-pitched sounds along the envelope walls contrast with the archaic static of the concrete cylinder. Massive , heavy or light, transparent spatial bracings; guitar tissue as static filler material; material with a delayed reverberation time softens the concrete.

All Images by Atelier Leitner 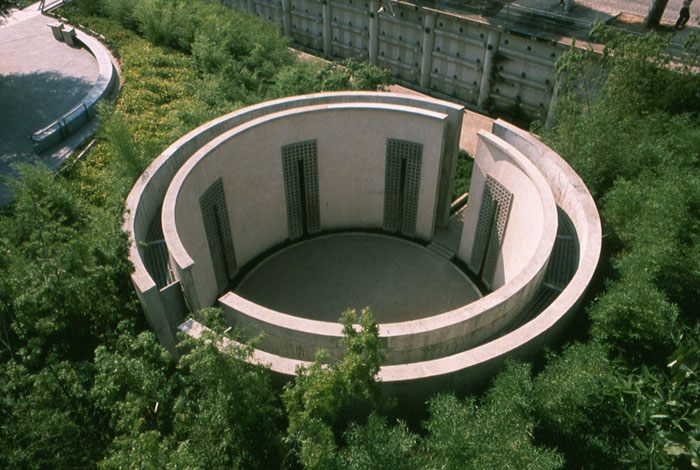 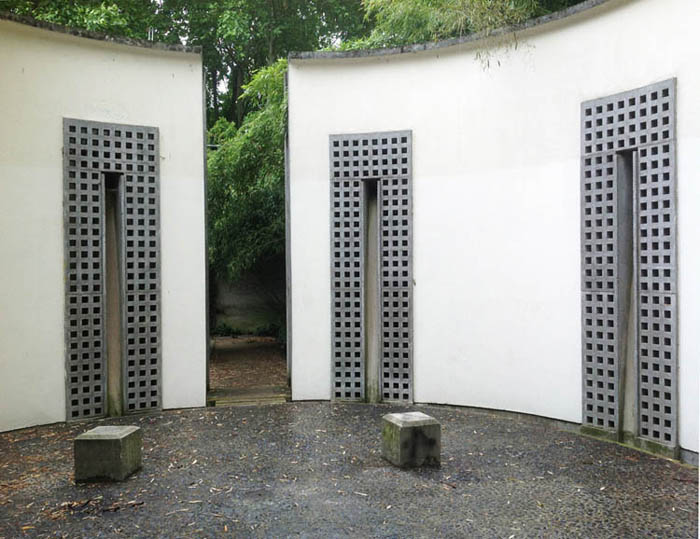 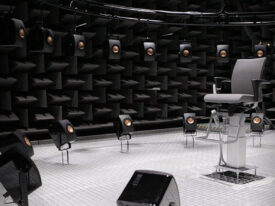 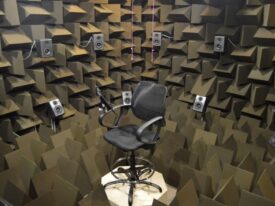 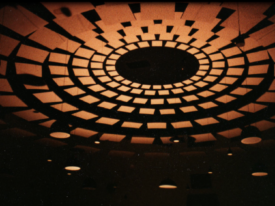